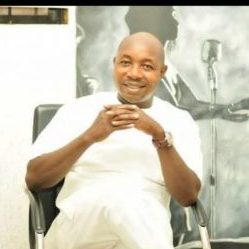 The North will be consumed by the monsters it has created, by Erasmus Ikhide –

YESTERDAY I observed small children aged five and over on the streets of the city of Sokoto, in northwestern Nigeria; destroying, looting, burning schools, churches, houses and businesses of southerners, protesting against the arrest of some monsters who burned Miss Deborah Samuel alive amid chants of “Allah akbar”, meaning God is great. Interestingly, one-twelfth of the thousands of toddlers protesting were children born when President Muhammadu Buhari came to power seven years ago!

It is common knowledge that President Buhari and his APC guards have in fact used many more such irritants, fundamentalist minds manipulated by Islam, who are teenagers from this part of the country and their cousins religiously conquered neighboring African countries to rig the 2015/2019 presidential election. No questions were asked about what Buhari, like his previous northern rulers in office, did with power? Is power only useful to northern political elites when it comes to awarding all national institutions and the commonwealth only to northerners in government and parastatal agencies.

It stands to reason that a multiethnic and multicultural nation ravaged by an endemic identity crisis led by divisive and polarizing leaders like Buhari without any organic vision of the multinational community is doomed to become hostage to religious insecurity. The image of humans being roasted alive yesterday in Sokoto State and several other parts of the North on a regular basis is an apocalyptic glimpse of hell on earth. Any ruler who cannot protect life and property, guarantee the political, economic and spiritual integrity of the nation is a waste of power and of humanity. Alhaji Atiku Abubakar who deleted his previous Twitt condemning the barbaric act of burning alive Miss Deborah Samuel who valued power more than humanity will be worse than Buhari if elected Nigerian President. Atiku is one of the political elites in the North who sends his many children abroad to be educated while education in Nigeria is ruined.

Painfully, these abandoned children who invaded the streets of Sokoto yesterday in protest, who were born on the eve of Buhari’s presidency in 2015, aided by the Fulani militant arm of the followers of Buhari’s sect, now radicalized and indoctrinated without basic education, who have made up to twenty million children out of school, according to world statistics, are the ones who are setting the city of Kano on fire right now. Videos of dirty, malnourished, rioting toddlers stumbling into ramshackle hideouts wielding guns, cutlass, knives, bow and arrow have now engulfed Sokoto in flames!

Since yesterday afternoon, the whole world has been watching more gruesome scenes where Christian homes and churches have been invaded in the city, slaughtering women, children and men like cows in defense of their prophet and the Islamic religion. These religious vampires abandoned by the ruling class who defend their religion are still shy to speak out when it comes to defending their rights. Ironically, when it comes to religion, Nigerians fight for their God. But when it comes to their rights, they let God fight for them. It’s even worse when citizens find themselves in nations where the rulers behave like conquerors or former emperors who view other tribes as annexed fiefdoms.

Unfortunately, Sokoto State prides itself on being the leader of the Islamic religion in Nigeria, where the Sultan resides. The same city is currently in convulsion because a college undergraduate allegedly insulted an Islamic prophet. If we may ask, what kind of religious leadership does the Sultan of Sokoto, Alhaji Muhammadu Sa’ad Abubakar provide among the Muslim adherents of Northern Nigeria? How does insulting the Prophet Muhammad or otherwise alleviate the given and deliberate poverty that the political elites of the North have imposed on their people? What are the Sultan of Sokoto and the political leaders of the North doing to curb violent Islamic preachers who manipulate the minds of young people, if Islam really is a religion of peace, as they claim? How did the Sultan of Sokoto and northern political leaders approach the issue of population control? Video previews of the rebellious Islamic thugs have revealed that the Sultan of Sokoto and his palace narrowly escaped their wrath if not for the timely intervention of Nigerian soldiers as they overpowered defense security guards civil. It’s a bold warning that those who ride the tiger’s tail will sooner or later end up in its stomach!

The other day an Islamic mullah peeled the skin off an Almajiri in Kano for not bringing enough alms from his begging expectations and the ruling class in the North saw nothing wrong with that. The same imam who did this to someone else’s child has his own children in private schools in Kano, but uses other people’s children for alms to look after his own children in private schools! No bi juju bi that?

All in all, it is the legacy of President Buhari for seven years in power and the political elites of the North who seek political power at the expense of the degraded humanity of their own people whom they repeatedly use as foot soldiers every year election as agents of domination. Surprisingly, these northern oligarchs who have encouraged the poorest among them to marry four wives because their religion says so, keep modest homes with one wife while their families live the best of lives. It is safe to say that the mismanagement of ethnic diversities we are witnessing, the proliferation of ungoverned and ungovernable spaces, the rise of the paid unemployed and the constant but futile attempts by hegemonic regional and religious groups trying to impose their domination on the rest of the country for some time, of which Deborah Samuel’s fiery conflagration is one of the annual events scheduled for this purpose.

Why is President Buhari and his family members going abroad for medical treatment, attending top universities around the world, the poor who are giving birth to tens of hundreds of children who are hypnotized by “Allah will take care of you here and in the hereafter” are denied access to basic care, education and other basics of life. No northern governor, senator, or member of the House of Representatives ever thought of making education free, compulsory, or criminalizing illiteracy. If they do, they won’t have poor locals to manipulate in subsequent election years.

For the political elites of the North, this would mean the alleviation of poverty, the erosion of unemployment, the end of the subjugation of the oligarchs and the total liberalization of the chains and handcuffs of the political and religious predators which hold the nation and millions together. bright young people from the North for several decades. .

It is still morning for the political elites of the North and their religious leaders. The dehumanizing atrophy of pride over religion without humanity, poverty over prosperity, illiteracy over education, begging over industry, religious slavery over civilization which have imposed the worst form of human misery to the people is a rapid and irreversible descent into anarchy.

Erasmus Ikhide wrote from Lagos Nigeria and can be reached via: [email protected]