“Miss BeeHaving” is owner-operator Mike Wilkinson’s Kenworth T680 aero show truck – something of a rare sight among traditional show pieces with more square angles. The truck was among those on display at the 2021 Shell Rotella SuperRigs Work Truck Show in Hampshire, Ill., Where it placed second in the tractor division.

Wilkinson, which is leased to Floyd Gibbons Trucking in Brunner, Ontario, Canada, pulls a low bed carrying mainly agricultural machinery and oversized cargo from Canada to the United States. This platform is the second yellow truck purchased by Wilkinson. He says with this truck he wanted to go against the grain, so he specified an aero T680, then added the green and black stripes.

With the help of Jim Higgins of Higgins Designs and 12 Gauge Customs, Wilkinson got the stripes to match the lines of the truck’s body. 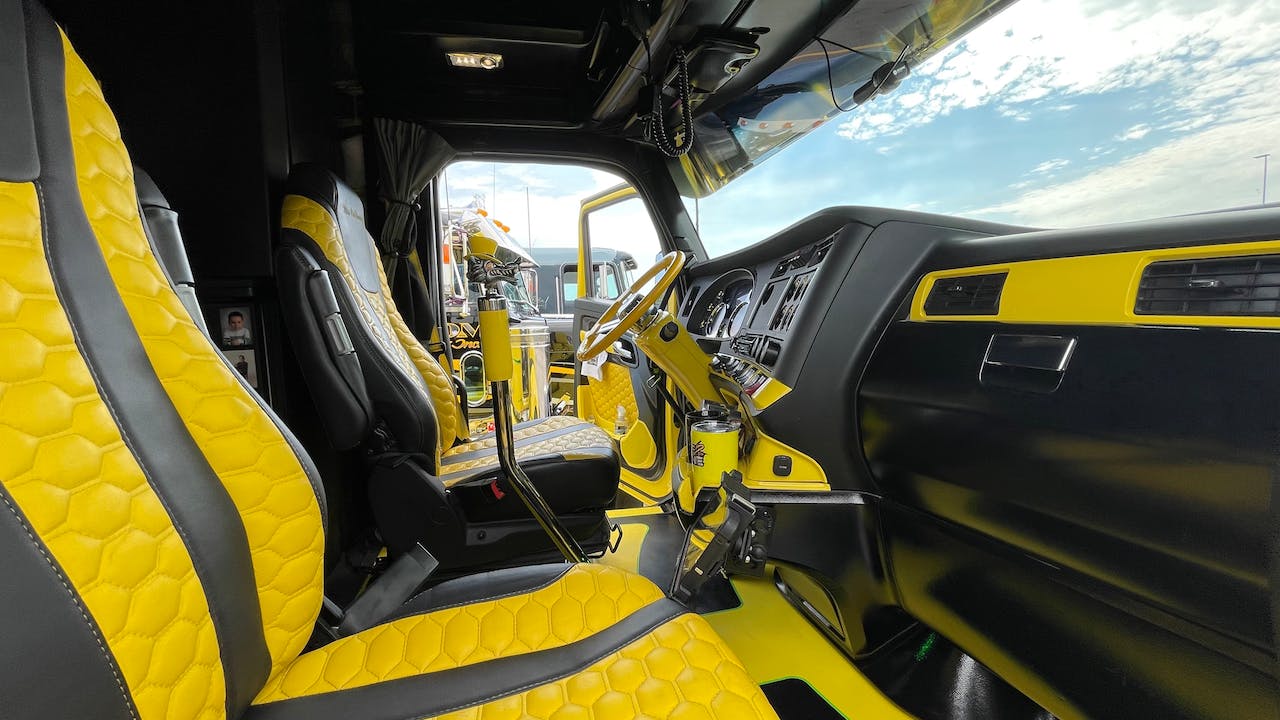 The well-appointed interior, with unique honeycomb style padding to match the “Miss BeeHaving” nickname, was produced by J. Richards Interior and Stitch Custom Interiors, who produced the seats and door panels.

More photos of the truck follow – also find plenty of views in the video at the top. 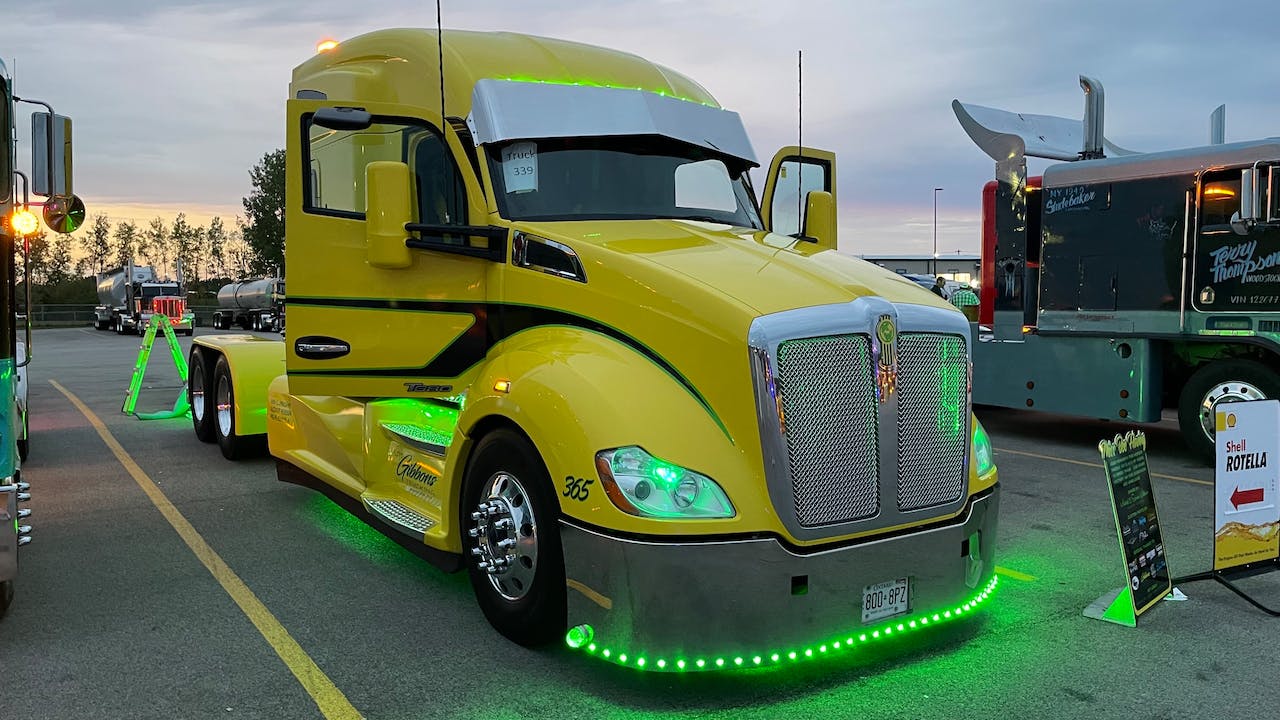 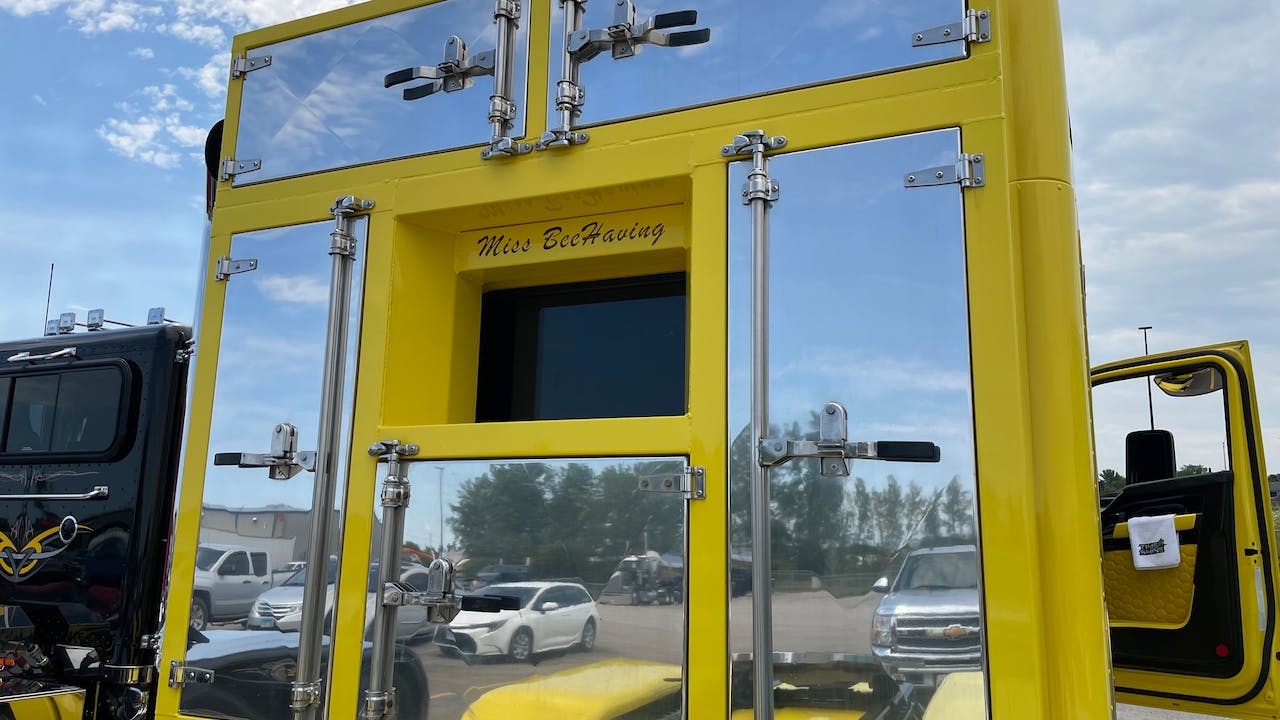 The truck’s name, Miss BeeHaving, features prominently on the back of the cab. 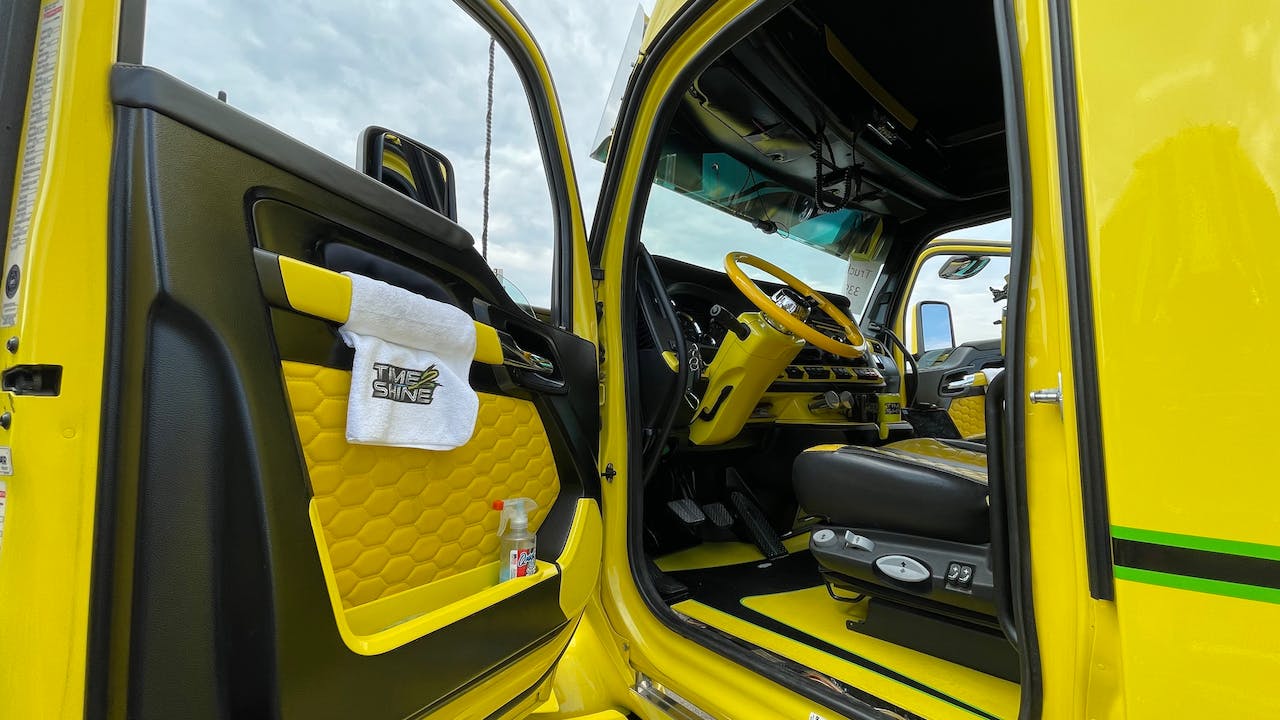 The yellow and black interior theme matches the exterior of the deck. The yellow coating on the door panels features a honeycomb pattern to go with the “Miss BeeHaving” theme. 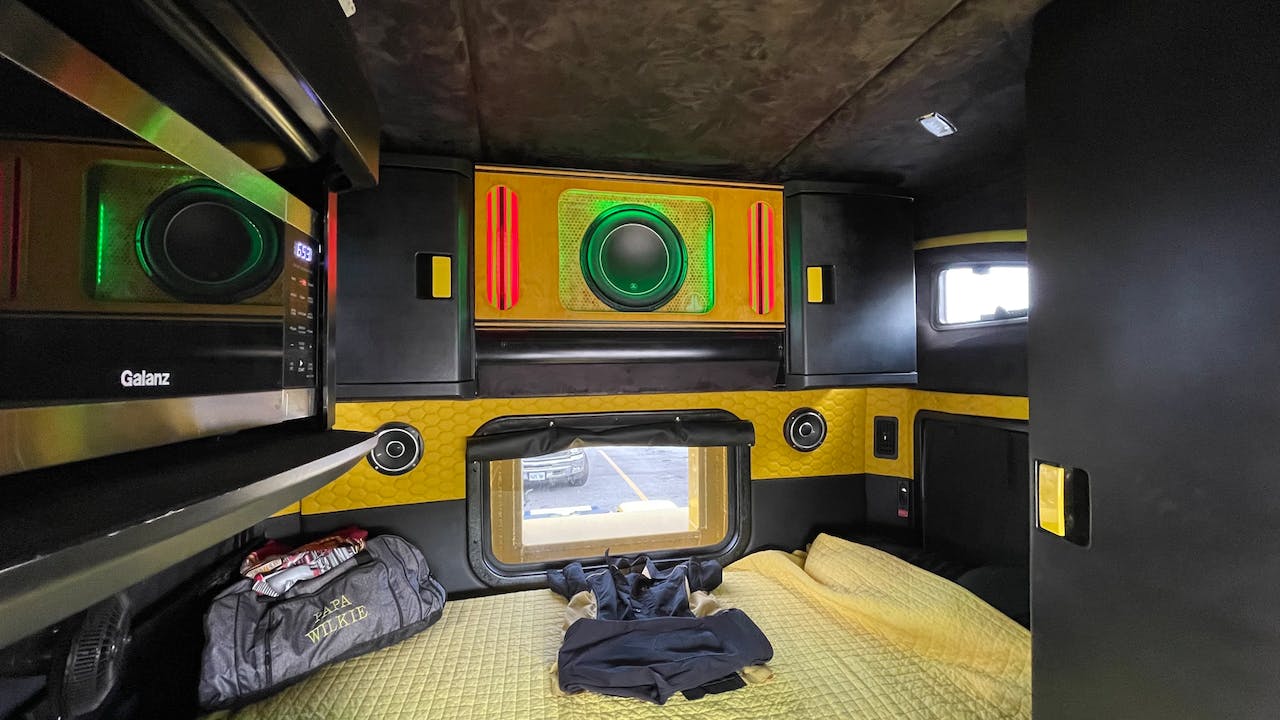