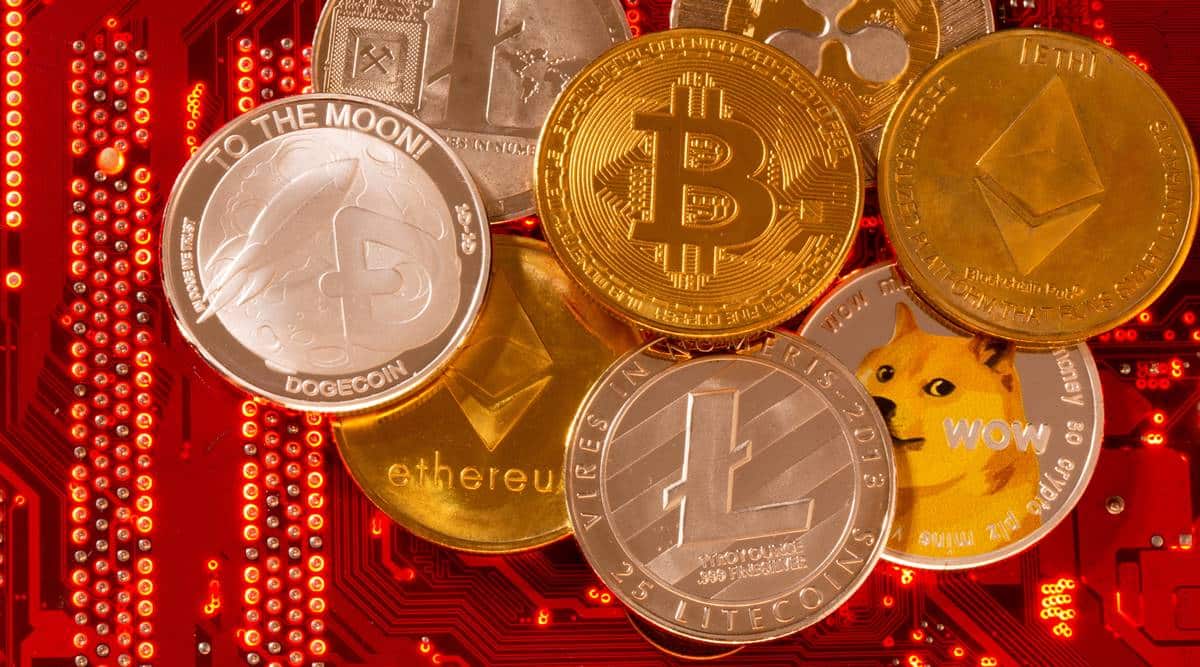 The craze around cryptocurrencies, primarily Bitcoin and Ethereum, has inspired a large number of startups to create their own digital coins and attract investor interest in the fast growing digital asset class.

While there are many cryptocurrencies in circulation when it comes to their unique utility and value, in this story we explore the weirdest and dumbest coins that have surfaced in recent years.

“Doge” also has a strong supporter in the person of Tesla CEO Elon Musk, who has frequently added to the digital token mania. (File Image)

Dogecoin was created in 2013 by software engineers Billy Markus and Jackson Palmer as a faster but “fun” alternative to Bitcoin. It started out as a satire on the many fraudulent crypto coins that had cropped up around the time, and got its name and logo from a Shiba Inu meme that went viral several years ago.

Unlike Bitcoins, which have a maximum possible number of 21 million (a figure expected to be reached by 2040), Dogecoin numbers do not have an upper limit, and there are already over 100 billion.

When cryptocurrency first took off, the online community that supported it gained attention by supporting unconventional causes, such as sponsorship of Jamaica’s bobsleigh team at the Winter Olympics. from 2014.

Also that year, the Dogecoin community donated $ 55,000 worth of digital token to a Nascar pilot in the United States. “Doge” also has a strong supporter in the person of Tesla CEO Elon Musk, who has frequently added to the digital token mania. Musk once changed his Twitter bio to “Former Dogecoin CEO”. Other celebrities, including rapper Snoop Dogg and rock musician Gene Simmons, have also been promoting it on social media.

Potcoin, as the name suggests, refers to a network that facilitates the purchase of legal marijuana. It is a digital currency that allows consumers to buy and sell cannabis products anonymously.

The digital coin provides a banking solution that brings together marijuana companies and consumers on a decentralized peer-to-peer platform, allowing participants around the world to conduct secure transactions.

Interestingly, on June 12, 2017, the Potcoin community sponsored Dennis Rodman, a former U.S. professional basketball player and unofficial U.S. peace ambassador to North Korea, to visit North Korea and negotiates peace between the United States and Kim Jong-un. While it’s unclear whether this venture actually promoted the community’s pacifist values, it has proven to be very profitable for the notoriety of the piece and the project as a whole. The Ᵽotcoin community grew by 600% overnight.

will work with Kodak One, a new platform meant to help photographers license their images. (Photo: Twitter / Kodak)

Kodak, is the latest company to join the cryptocurrency train. The camera company announced Kodakcoin at an event in January to manage digital image rights and pay photographers for using the images. The camera maker even announced a new Kodak KashMiner mining rig to go along with it.

The digital coin will work with Kodak One, a new platform that is supposed to help photographers license their images.

Dentacoin is a cryptocurrency for the global dental industry. The company in a blog post notes that it is on a mission to improve oral health globally by using:
1.a preventive and intelligent dental insurance model based on a contract
2.a set of dental applications, inducing beneficial user behavior
3.a functional cryptocurrency, used for rewards and payments

Founded in 2017, the Netherlands-based Dentacoin Foundation is the autonomous organization behind the blockchain and cryptocurrency-based Dentacoin solutions of the same name. The legal structure of the Foundation ensures the proper execution of the mission and protects the interests of users since it operates alone.

200,000 of the six million available Trumpcoins have been set aside for donation to the Trump administration. (Photo: Trumpcoin)

Trumpcoin describes itself as a cryptocurrency supporting the Trump administration and its supporters it calls “patriots.” Trumpcoin in a blog post describes himself as staunch “Trump supporters who love freedom, God, family and feel proud to contribute to society, and stand firm against leftist groups and bullying.”

The blockchain company notes that 200,000 of the six million available Trumpcoins were set aside for donation to the Trump administration once the currency reached “substantial value.”

Poutincoin, on its website, underlined that with Poutincoin “a lot of possibilities will be offered to companies, traders, individuals, social and economic projects. (Photo: Poutincoin)

Trumpcoin’s counterpart: Poutincoin, is a cryptocurrency named after Russian President Vladimir Putin. The decision to develop a cryptocurrency dedicated to Russia was taken to support the rapid growth of the Russian economy and market in the country and beyond its borders.

Poutincoin, on his website, stressed that with the coin “many possibilities will be offered to companies, traders, individuals, social and economic projects. Present and future technology, services and applications are and always will be. free to use.

For 1,700 Whopper Coins, you can receive a free Whopper. (Source: AP file)

Burger King, one of the world’s largest fast food chains, introduced the Whopper Coin. The cryptocurrency was launched by the Russian branch of Burger King as a loyalty program in the summer of 2017.

This was an initiative of Burger King Russia, and the idea was that for every Russian ruble spent at a Burger King outlet, customers were given a Whoppercoin.

This Whoppercoin can be used to buy, well, a Whopper. If customers have 1,700 Whoppercoins, the company has allowed customers to purchase Burger King’s flagship sandwich.

SHIB is “primed and ready to exceed the value of Dogecoin”. (Photo: Twitter / Shiba Inu)

Shiba Inu (SHIB) is an Ethereum-based cryptocurrency that features a Japanese breed of hunting dog as a mascot. Cryptocurrency is widely regarded as an alternative to Dogecoin – in fact, supporters of Shiba Inu tout it as “the dogecoin killer.”

According to Ryoshi, founder of Shiba Inu, he earned the nickname “Dogecoin Killer” because the value of SHIB is “primed and ready to exceed the value of Dogecoin”. Ryoshi adds that even though SHIB never reaches $ 0.01, the publicity and usefulness of SHIB means that it will be worth proportionately more than Dogecoin.

Crypto enthusiasts and experts are still grappling with the record market cap of SHIB, which has now overtaken some large Indian companies such as Adani Enterprises, Tata Steel and Tech Mahindra. With a market capitalization of over $ 38 billion, Shiba Inu is now the 11th largest cryptocurrency.

Garlic is created by mining, with a total supply of 69 million. (Photo: Garlic)

Garlicoin is a memecoin launched in 2018, based on garlic bread memes. It was once extremely popular, but still retains a large community with loyal followers who continue to support it and try to expand it.

A community of Reddit users thought it would be fun to create a cryptocurrency inspired by garlic bread, and they did. Garlic is created by mining and has a total supply cap of $ 69 million.

Mooncoin has its own programming language called MoonWord for decentralized application. (Photo: Mooncoin)

Mooncoin was designed primarily for frequent global micro-transactions, hence its maximum supply of 384 billion coins. This number was derived from calculating one coin for every millimeter between the Earth and the Moon. It also has its own programming language called MoonWord for decentralized application coding (DApp) and blockchain record keeping.

Comparisons have often been made between Mooncoin and Dogecoin, and there are some similarities. Both were created around the same time and both are intended for quick micro-transactions. Additionally, both are taken from a Litecoin concept, as all three use the Scrypt algorithm, which is faster and more complex than Bitcoin’s SHA-256 mining equipment protocol.

However, one notable distinction exists in the basic structure of the coin supply: Dogecoin does not have a maximum supply of circulating coins (i.e. an infinite supply), while Mooncoin has a cap. maximum on the total possible number of coins, which makes it deflationary and attractive as a store of value. .

How To Return Unwanted Items This Christmas | Money