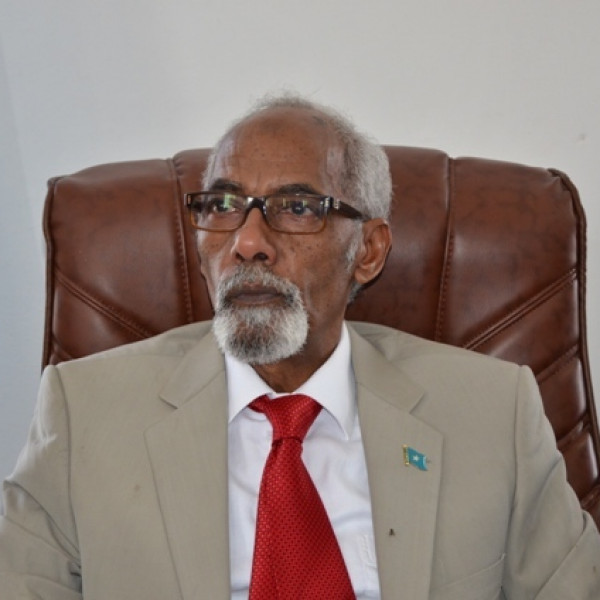 Already, the federal team of indirect elections [FIET] and the indirect state election team [SIET] of the Southwest disagreed over blocking Jawari in the recently concluded race in Baidoa, the regional administrative capital of the Southwest.

On Saturday, FIET suspended the seat election which saw Jawari locked out. The former president accused Farmaajo and Abdiaziz Lafta-Gareen, the president of the South West of having excluded him from the race.

Despite the reprieve granted to FIET, the Southwest SIET insisted that the contested seat election would be held in Baidoa on Sunday. For some time now, the bigwigs of the opposition have accused Farmaajo of plotting to rig his opponents in the lower house elections.

Later on Saturday, Jawari, a two-term speaker, met with the FIET team where he filed a number of complaints. The FIET team is still evaluating the merits of its claims, which could spark a heated debate if they are upheld.

Jawari was kicked out of his lecturing post in 2019 following his unprecedented fallout with Farmaajo and former Prime Minister Hassan Ali Khaire, who has since turned into a critic of Farmaajo. His place was taken by Mohamed Mursal, a close ally of Farmaajo.

Another political enemy of Farmaajo-Lafta Gareen, Sharif Hassan Sheikh Adan aka Sakin, is said to face a blockade in his attempt to return to the Lower House. He was prevented by Villa Somalia from defending his presidential seat in Southwestern state in 2018 and forced to withdraw from the race.

On Saturday, outgoing lower house speaker Mohamed Mursal was re-elected as a member of parliament in an overwhelming vote in the ongoing elections in the Southwest state. He was accused of leading the Farmaajo program to parliament.

Mursal, a close ally of outgoing President Mohamed Farmaajo, received 88 votes while his opponent Faysal Ibrahim did not obtain any votes. Twelve votes were wasted. Two other seats are to be filled today in the South-West.

In Galmudug, another Farmaajo ally, Abdishakur Ali Mire, was also re-elected in a Saturday seat in Dhusamareb, central Somalia.