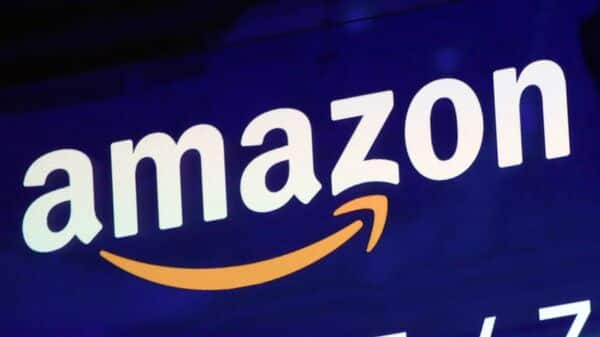 More than 15,000 digital marketplace sellers have signed a petition against Etsy’s decision to increase the commission it charges on each transaction from 5% to 6.5%, according to Etsy shop owner Kristi Cassidy and one of the petition organizers. Some, including Ms Cassidy, are also going so far as to temporarily close their stores in protest.

The tension between Etsy and part of its seller base, which totals around 5.3 million businesses, comes as the company tries to grow from an online niche market to a major player in e-commerce.

After two years of rapid sales growth, Etsy is planning its next chapter. The company became a go-to destination for shoppers looking to purchase face masks, before changing consumer spending habits at home pushed the company into booming sales. It has been one of the biggest winners of the pandemic for investors: Etsy shares grew ninefold between March 2020 and November 2021. Sellers generated approximately $12.2 billion in merchandise sales on Etsy last year, compared to $5 billion in 2019.

Now, as Americans are returning to stores in droves and the e-commerce sector is starting to cool down, Chief Executive Josh Silverman says Etsy wants to be where consumers start shopping online.

“We have to and are competing with the biggest names in e-commerce and across retail,” he told analysts in February. “But we think we have a real opportunity to win.”

Cassidy said Etsy’s strategy is inconsistent with the number of artisans who built the brand doing business. Sellers who make everything by hand have to limit their orders to what they can produce, she said, so more advertising doesn’t necessarily mean more revenue for these sellers. “It’s like they’re trying to be Amazon, and there’s a reason why I don’t sell my products on Amazon,” she said.

Etsy was launched in 2005 and has grown in popularity as a niche destination for consumers who love handmade and vintage products. The company, based in the Brooklyn borough of New York, also pitched its marketplace as a hub where consumers could support small businesses while shopping online. Etsy had around 90 million active buyers last year. The company also owns musical instrument marketplace Reverb, fashion retailer Depop and Brazilian marketplace Elo7.

Some store owners say some of their issues, like sellers breaking rules against peddling mass-produced items, are more prominent since Etsy has grown.

“It’s really abhorrent to tell us sellers, ‘Hey, we made record profits last year and we’re going to celebrate by dramatically increasing your fees,’ said Bella Stander, a publisher of maps, guides and other articles that say she plans to participate in the salesmen’s strike.

Ms Stander, co-owner of Bella Terra Publishing, said Etsy’s fees would be a lower percentage of its sales than Amazon and eBay even after the increase, but she is also protesting what she considers as onerous standards for the company. Ms Stander said she was penalized for receiving four-star reviews or for taking too long to answer questions. “We’re supposed to respond to a message within 24 hours,” she said. “They’re keeping us at a bar they’re not cleaning themselves.”

Etsy said the fee increase will not increase its profit margins because the money will be reinvested in the business. The company has spent hundreds of millions of dollars improving the site’s ability to handle higher traffic loads, improve its search engine and attract new buyers in recent years, chief operating officer Raina Moskowitz said in an interview. It plans to spend millions more this year on initiatives like speeding up response times to sellers.

“We’re really focused on investing in areas that will allow us to maintain the human touch that defines the Etsy brand,” she said.

The protesting sellers also took issue with Etsy’s pushing them to offer free shipping and that the marketplace won’t allow stores that make more than $10,000 in annual sales to opt out of its offsite advertising program. Unexpected advertising costs are cutting into her shop’s low margins, Ms. Stander said.

Supporters of the strike have been criticized by vendors who disagree with their arguments or methods or who fear the protest will hurt their sales. Sara Simpson, who sells vintage clothing on Etsy, said while she agrees the business should make improvements, she thinks the fee increase is reasonable. “Telling buyers not to buy on Etsy is going to hurt sellers far more than it would ever bother Etsy itself,” she said. “I don’t want to lose customers. I think most sellers who don’t support this strike feel the same way.”

Other sellers could support the action, strikers say, but cannot afford to close their stores.

* Thank you for subscribing to our newsletter.

The 5 most expensive online games in the world