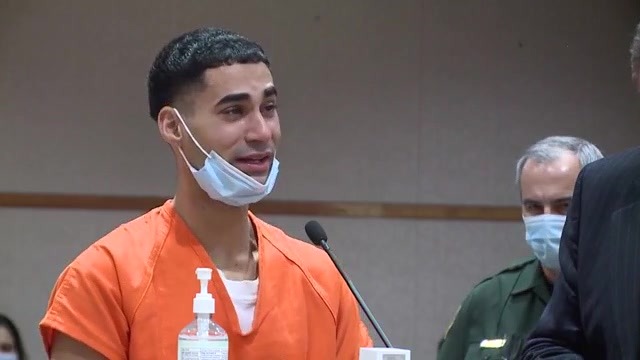 Colorado district attorneys have warned the governor he set a “troublesome precedent” when he intervened in the Rogel Aguilera-Mederos case.

DENVER (KDVR) – District attorneys have warned Gov. Jared Polis that he set “a disturbing precedent” by commuting Rogel Aguilera-Mederos’ prison sentence while the case was still pending, saying the act had weakened public confidence in the law.

In a letter to Polis, District Attorneys Michael Dougherty and Daniel Rubenstein – Democrat and Republican, respectively – agreed that the 110-year sentence in the fatal crash “was too harsh”. But they pointed out that by commuting the sentence to 10 years before a judge could weigh in, he circumvented the system.

“This sentence is far too low for someone who kills four people in the appallingly reckless way Mr. Aguilera-Mederos chose to do,” the letter said. “As we look to the future, however, our greatest concern is that you have chosen to intervene in an ongoing case, thereby undermining the integrity and trust Coloradans place in the justice system.”

Rogel Aguilera-Mederos: The Facts of the Case

In 2019, Aguilera-Mederos was driving an 18-wheeler through the mountains on I-70, and his brakes failed as he headed east toward the subway. It ultimately slammed into more than two dozen stopped vehicles and four tractor-trailers in Lakewood, killing four people and injuring at least 10 others.

District attorneys described some of the factors they believe led to Aguilera-Mederos’ conviction:

Read the full letter from district attorneys to Polis

“He placed his interests above those of others at every moment leading up to and including the accident,” the district attorneys wrote.

Aguilera-Mederos was convicted of 27 counts, including homicide while driving a vehicle, in October. His 110-year sentence was the result of mandatory minimum sentencing laws that apply to violent crimes or any offense in which a person is killed or suffers serious bodily harm.

The sentence, handed down on December 13, sparked outrage around the world and an online campaign for the commutation. On December 30, Polis used his power as governor to reduce the sentence to 10 years. This happened just two weeks before the start of a scheduled re-sentencing hearing.

“Intervening before allowing the judge – who has heard all the witnesses, seen all the evidence and knows the case better than anyone – to exercise his statutory authority was unprecedented, premature and unwarranted,” the letter said. They said they were unaware that a governor had ever intervened in an ongoing case.

They said the governor’s action impacts the courts. In Boulder County, a plea offer to a family member accused of sexually assaulting a little girl would result in an eight-year prison sentence. But the defense lawyer argued that the offer “is excessive”, pointing the finger at the Aguilera-Mederos case.

The two said they wrote the letter before meeting with the governor at the Colorado district attorneys’ board meeting.